Its been just over a year since Wild Waters in Silver Springs, FL was finally closed (a result of the State of Florida taking over it and it’s sister park, Silver Springs, as well as the aging infrastructure of the park itself and cost to maintain/upgrade).  I’d been to this water park more than any other “back in the day” (unless you count DeLeon Springs as water park), so I do have personal memories of the joint, although as I remember it there was nothing too distinguishing about it, except it was closer and cheaper to get in to than Wet’nWild or the Disney ones.  Wild Waters was built in 1978 by the then-owners of the much older Silver Springs, ABC Television.  Yep, you read that right: ABC Television operated amusement parks at one point.  Remember, this was the wild go-go 70’s before the bean-counters and pencil-pushers of the 80’s got into positions of power in those big conglomerates, so they were a lot more open to diversifying their portfolios into some interesting areas (like a 100 year old park built around a spring and a water park to compliment it, smack dab in the middle of North Central Florida).   In any case, ABC TV eventually sold both parks in the mid-80’s and there was a steady decline in both attendance as well as upgrades to the parks, eventually resulting in the State of Florida getting their hands on both places, turning Silver Springs into a state park (and getting rid of the more kitschy stuff in the process), and while they did attempt to keep Wild Waters open a few more years it was decided in August 2016 that the time had come to turn off the faucets.  Apparently there were, and maybe still are, plans to demolish it (that’s what we do now, right?), and make a new entrance to Silver Springs, but as of December 30, 2017 Mother Nature is the only one doing any kind of demolishing, or perhaps more aptly put, decaying.

So without further bla, bla, bla, here are the pics: 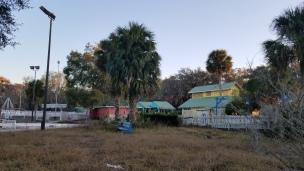 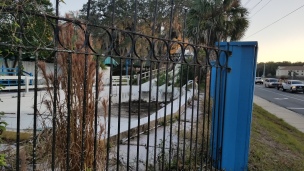 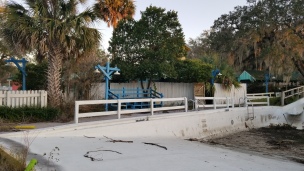 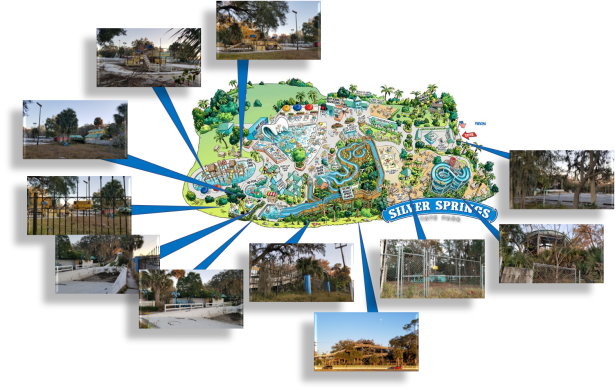